The speakers covered both the technical capabilities of North Korea’s nuclear weapons programme and the role of China in North Korea’s ongoing dispute with the U.S.

In this informal, yet informative, event we heard from:

– Matt Korda on new developments in North Korean missile technology, challenging assumptions relating to US nuclear launch authority, missile defence and deterrence and what’s next for the North Korean regime. Matt is a Researcher at Centre for Science and Security Studies, King’s College London.

– Wai Hong Tang discussing factors that explain the Chinese position on North Korea, how this has evolved under Xi Jinping, the impact it has had on China/US relations and whether or not China have the potential to be an agent for lasting peace. Wai Hone Tang is PhD student in the Politics Department, University of Warwick.

Thanks to everyone who participated! 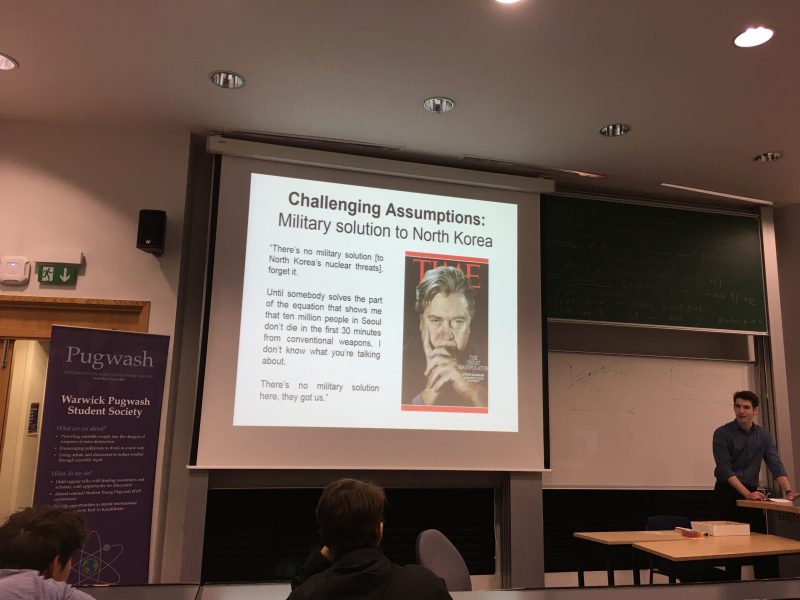 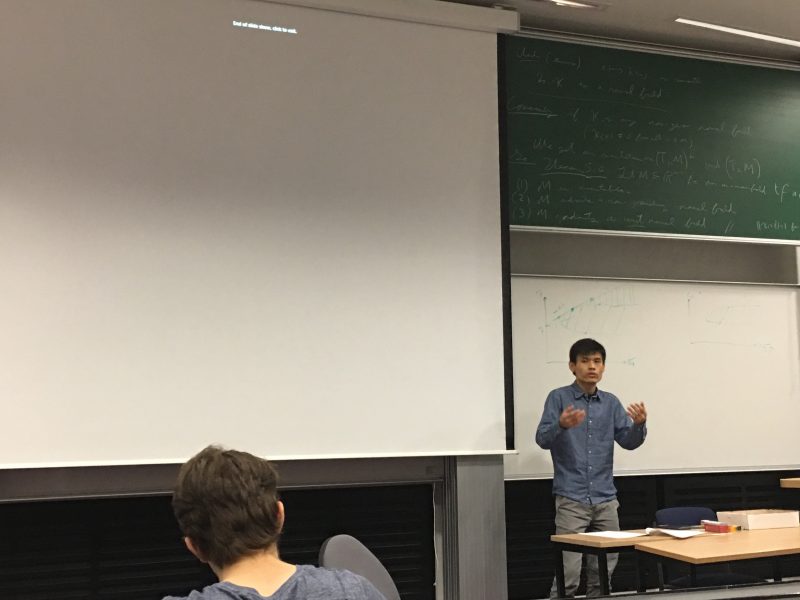