You are here: Home › What is Pugwash? › British Pugwash 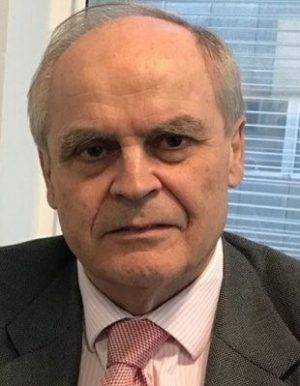 British Pugwash is a membership organisation that brings together scientists and others concerned with international affairs and disarmament. There is a particular focus on encouraging engagement of young people, especially young scientists.

It is run on a day-to-day basis by its Executive Committee, which manages projects funded by outside organisations and the ongoing work of the group.

We are pleased to have the support of seven Patrons, all of whom are leading figures from the worlds of science and defence.

British Pugwash is occasionally supported by the Joseph Rotblat Memorial Trust, a charitable foundation whose goals include the advancement of education about international security and related technical matters.

Our Activities
Our activities include studies on scientific and policy issues, regular public discussion meetings and education events, and engagement with politicians and government officials.

Our publications include reports of in-depth scientific and policy research, both internally and externally commissioned, as well as public position statements.

We also participate with International Pugwash in research on the history of Pugwash and help keep its archives open to researchers.

Our Projects
Current projects include work on:

Student Young Pugwash
SYP groups exist in universities and institutions throughout the world, as part of the International SYP movement. In the UK, we have over 400 SYP UK members and several active campus societies. More on SYP UK here
SYP UK members put on joint events, develop research and policy initiatives, and meet every two years with their ISYP peers at a prestigious, international youth conference.
The highlight of the year is the SYP UK Annual Conference, which focuses on peace and arms control. For media from recent conferences, visit here