You are here: Home › Posts › What happened to Trident?
Published on 30th May 2015 in Trident, Recent events 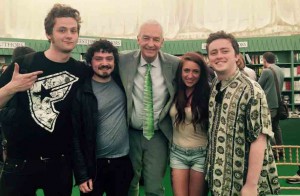 The 11th annual Rotblat Lecture at the Hay Festival was given this year on 30 May by the distinguished journalist and broadcaster Jon Snow, at the invitation of WMD Awareness. Snow, recent winner of a Bafta Fellowship for lifetime achievement, asked ‘What happened to Trident?’ challenging the stance on Trident of the UK government and the main opposition parties alike.

“Given the shift in who we are as a post imperial country it is beyond credibility that this so called deterrent this vastly expensive project is never seriously debated in public by either of the two biggest parties.”

Read a summary of his lecture

Western responses to Russian activities in Ukraine
The use of chemical weapons in Syria: misleading narratives and ongoing consequences