You are here: Home › Posts › Trident submarines: will its successor be obsolete by the time it arrives?
Published on 13th July 2016 in Trident, Emerging Technologies and the Impact on Strategic Stability, Recent events 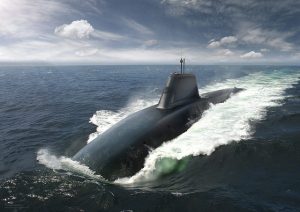 At a British Pugwash discussion meeting on 13 June at University College London, Julian Borger, the Guardian’s world affairs editor, spoke on advances in drone warfare and underwater surveillance which call into question the Successor’s stealth.

According to the Strategic Defence and Security Review 2015, a debate will be held in Parliament this year on the principle of Continuous At Sea Deterrence (CASD) and the government’s plans for Successor, the replacement for the current platform for the UK’s nuclear weapons. However recent developments in sensing and communications technologies, advances in marine robotics vehicles and advanced computing, have serious implications for the deployment, strategy and modalities of SSBNs. There are many questions that need answers before an informed debate in parliament should take place.