You are here: Home › Posts › The link between non-proliferation and disarmament in the NPT: is there consensus behind the conflict?
Published on 1st May 2013 in Disarmament, NPT, Publications 2010-2014, Publications 2013-2014 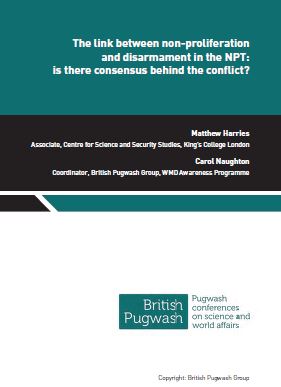 A British Pugwash team, led by Carol Naughton, conducted a project based on 29 one-to-one interviews with representatives of 24 key NPT states parties, as well as a diplomatic roundtable, to identify possible grounds for a new consensus on the link between non-proliferation and disarmament in the context of the Nuclear Non-Proliferation Treaty, with consideration for the potential role of the United Kingdom.

Read the report that summarises the project’s findings (pdf)

Report of a Workshop: The ethics of military robotics
British Pugwash Annual Report 2012