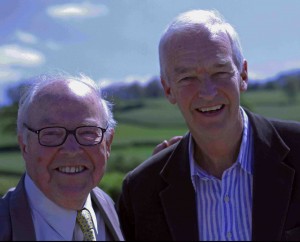 He said of Britain’s Trident system:
“Today the UK is contemplating a new generation of Trident nuclear submarines. Washington is not pushing for this costly procurement. Is it required to protect UK independence? Or pride? Japan and Germany seem respected even without nuclear weapons. I would vote for a place for the UK in the Guinness Book of Records, if it dropped the plan.”

Listen to the lecture