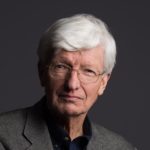 On Tuesday 1st March, Oxford Student/Young Pugwash hosted Prof. Sir Christopher Llewellyn Smith for a talk and discussion about the relationship between science and diplomacy.

Sir Christopher is a theoretical physicist and was knighted ‘for services to particle physics’ in 2001. He is currently leading a Royal Society study of large-scale electricity storage and is interested in all aspects of energy supply and demand.

He has served as President of the Council of SESAME (Synchrotron-light for Experimental Science and Applications in the Middle East), Chair of the Council of the world fusion energy project ITER, and was Director General of CERN (1994-1998, when the Large Hadron Collider was approved and construction started). Sir Christopher has written and spoken widely on science funding, international scientific collaboration and energy issues.

In advance of the event, Sir Christopher said:

“Science Diplomacy is a term that has come to be used to describe a wide spectrum of activities that involve both science/scientists and international relations/politicians/diplomats. I will discuss examples, successes and failures of

I will end with a discussion of the SESAME (Synchrotron-light for Experimental Science and Applications in the Middle East) project, whose members are Cyprus, Egypt, Iran, Israel, Pakistan, Palestine and Turkey, which – having overcome many difficulties – is now working, and bringing together scientists from across the region.”

This event was hosted by the Oxford branch of Student/Young Pugwash (SYP) but was open to all.

It is part of SYP UK’s ongoing Project on Ethical Science – https://britishpugwash.org/what-is-pugwash/student-young-pugwash-syp/ethical-science/